Commedia Acting Tip: It’s All About the Appetite 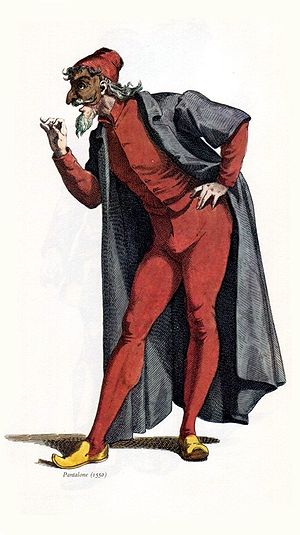 Since yesterday we talked about not playing subtext while playing commedia, the question naturally arises- what should you play? Or how are you going to sustain and continue to improvise a heightened expressive character?

There are several theories about the best way to play a commedia character, and basically, I subscribe to all of them. What I mean by that is I believe strongly that you as the actor must take control and try stuff out and see what works for you. Theory will only take you so far in the world of the theatre. Better to try a bunch of things and fail and work and see what does work and adapt your working style to that.

One that Iâ€™ve found particularly helpful as an actor is to focus on Appetites.

Food, Power, Glory, Sex, Money, Revenge. These are things that people can lust for, and you as the commedia actor, can try to get.

But hereâ€™s the interesting part– Despite their immense hungers, the commedia characters never get what they want. They donâ€™t grow, or change, or learn their lessons. Commedia plays (for the most part) are about people wanting stuff really badly, and then getting foiled in their absurd attempts to satisfy their appetite. Pantalone doesnâ€™t ever get the young bride with the huge dowry– he always misses it. If he did– they wouldnâ€™t be able to do the next play, and in some basic way, if Pantalone gets the girl in the end, heâ€™s not really Pantalone, is he? If Arlechino ever gets fed, if the Capitan really gets to sleep with the girl, if the lovers actually get married– then the play is over.

So how are you going to bungle it?Â  Please leave your comments in the comment box.